One of the differences I've noticed already between New York and Baltimore is that people don't 'speak' up here.

Not that they are silent -- not at all -- but rather that whole thing of total strangers or neighbors passing you on the street and saying Good Morning doesn't happen very much in New York. Even the "Black Male Head Nod" ™ (with optional opening or closing "Yo!" and/or 'Zup? )as guys pass each other on the street isn't very prevalent here....curious...

But then this is a city with over 8 million people in it, where the streets, subways, and other forms of transportation are seldom if ever empty - you'd be exhausted trying to say something to even every other person within a matter of a block or two. And, once you engage them, New Yorkers are actually helpful and for the most part friendly (although they don't want people to know that - something about that Rough New Yorker Stereotype is appealing, and gets people to leave you alone). Still, I have to say, there's something about the casual camaraderie of quick acknowledgment I miss.

But, of course, a couple of days ago, as I was thinking about writing this, a guy passing by me in Brooklyn nodded and said, 'Zup? So there! Exceptions always prove the rule I guess... 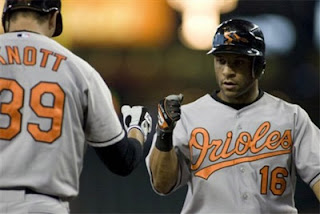