Shaking things up Back East

I awoke when the ground of dreams gave way
beneath my bed. -- Pablo Neruda, Earthquake, from Canto General (translated by Jack Schmidt)

So this is how you welcome someone to New York - the ground literally moves for them?

My thoughts of concern go out to everyone in Virginia, and all along the east coast after today's quake (and how you doin' Colorado?) Buildings shook here in Manhattan, and folks evacuated, but all is well. And it was a lovely day to be outside up here. One office was telling people it was okay to return "If you'd like." Gee, stay out here in the air and sun by the river, or go back into the office....hmmm, that's a tough one....

Three notes:
One - Calling someone via cell phone was nearly impossible, with everyone jamming the circuits trying to get through. Texts, however, seemed to make it.

Two - Facebook never stopped, and many of us got our news from posts and links there. Interesting....

Three - The strangest thing was all of us in the office feeling this movement, then asking each other, "Did you feel that - or is it just me?" 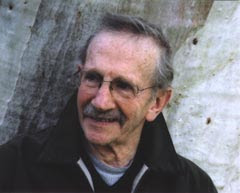 "I want to bring poetry to people who have no idea how relevant poetry is to their lives." -- Phillip Levine

Heartiest congratulations to Phil Levine, newly appointed U.S. Poet Laureate! I've been a fan of his for a number of years, and his poetry has led me to a little side-project of investigating poems about Work and Workers.

Now, I will say, as an aside, as happy as I am for him, that there has not been a Laureate 'of colour' since Rita Dove stepped down (her years were 1993 - 1995). While I most certainly have nothing against those that followed her ("The Roberts" Hass and Pinsky, Stanley Kunitz, Billy Collins, Louise Glück, Ted Kooser, Donald Hall, Charles Simic, Kay Ryan (the first openly LGBTQ Laureate), and W.S. Merwin: Complete list here), in my admittedly somewhat biased opinion, a great deal of the talent and energy of American poetry now can be found in the work of Black, Latino/a, Asian, and other "Other" writers. I would love to see the Library of Congress recognize this excitement and quality in contemporary poetry by appointing a non-white Laureate - Soon. 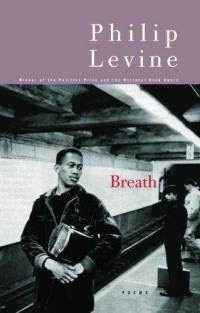 In case you were wondering, previous African American "Consultants in Poetry to the Library of Congress" - the historic name for the position - were Robert Hayden [1976-78] and Gwendolyn Brooks [1985-86].

Here is my favorite Levine poem, and one of my all-time favorite poems by anyone. Enjoy

We stand in the rain in a long line
waiting at Ford Highland Park. For work
You know what work is — if you’re
old enough to read this you know what
work is, although you may not do it.
Forget you. This is about waiting,
shifting from one foot to another.
Feeling the light rain falling like mist
into your hair, blurring your vision
until you think you see your own brother
ahead of you, maybe ten places.
You rub your glasses with your fingers,
and of course it’s someone else’s brother,
narrower across the shoulders than
yours but with the same sad slouch, the grin
that does not hide the stubbornness,
the sad refusal to give in to
rain, to the hours wasted waiting,
to the knowledge that somewhere ahead
a man is waiting who will say, “No,
we’re not hiring today,” for any
reason he wants. You love your brother,
now suddenly you can hardly stand
the love flooding you for your brother,
who’s not beside you or behind or
ahead because he’s home trying to
sleep off a miserable night shift
at Cadillac so he can get up
before noon to study his German.
Works eight hours a night so he can sing
Wagner, the opera you hate most,
the worst music ever invented.
How long has it been since you told him
you loved him, held his wide shoulders,
opened your eyes wide and said those words,
and maybe kissed his cheek? You’ve never
done something so simple, so obvious,
not because you’re too young or too dumb,
not because you’re jealous or even mean
or incapable of crying in
the presence of another man, no,
just because you don’t know what work is.


This and other Levine poems can be found here at the New York Times website). Happy Reading 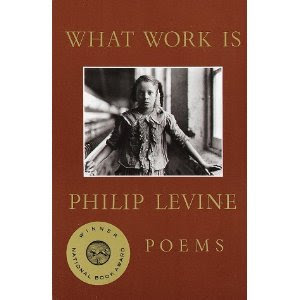