With many thanks to Andy at Cyclops for throwing a terrific party, and to Stephen Reichert et.al associated with the fantastic journal smartish pace, here's a rare clip of me, reading last month (May 15, 2009). Poems include my homage to Mike Tyson, and a shout out to Iowa, New Hampshire, Vermont and Massachusetts, Dream of My Cousin's Wedding. 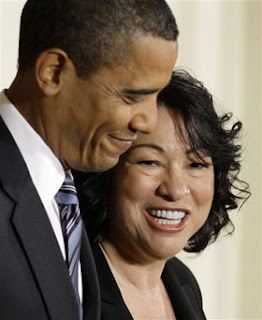 An interesting juxtaposition at the newstand today: The Baltimore Sun's lead article talked about President' Obama's Hispanic choice for the Supreme Court, while the Washington Post spoke of the Latina Judge who had been picked.

Looks like us Negro/Colored/Black/African-American people are not the only ones that those outside our community don't know how to name.

I plan to call her Latina, although she's in fact puertorriqueña (or boricua if your being political). "Hispanic" was a term created by Richard Nixon's administation in 1973 when we all got divided up into either Native American/Eskimo, Asian/Pacific Islander, White, Black, or Hispanic. Most of the Hispanics/Latinos I see (mainly immigrants from Mexico, Central South America or the Caribbean in our part of the world) are EXTREMELY proud of where they come from. You do NOT confuse a Nicaraguan with a Salvadoran, or a Dominican with a Cuban. (Check this for even more confusion). It sort of reminds me of how many Inner City blacks call all Asians 'Korean' or a joke I heard a Mexican comic tell about his dating a Japanese girl who his mother insisted on calling "La China."

To be honest, since she grew up in the projects, I wonder if we can call her Madame Justice from 'round the way? The Boogie Down Bronx in da Court!!

The coming confirmation hearings will be very interesting. Or rather the hearings will be anticlimatic compared with all the posturing and flame throwing going on prior to the hearings, which has already started. A veritable sweepstakes of racism and sexism -- even going so far as to ridicule the pronunciation of her name! I refuse to link to the now-infamous piece of attempted character assination put out by the formerly reputable New Republic about Judge Sotomayor, but will lead you here, to Glenn Greenwald and encourage you to follow his continuing coverage of the smears.

I also find the newest 'meme' on the judge interesting: reading her rulings one can find 'no vision'. She "lacks depth" (this one pains me as I in the main like and tend to agree with Jonathan Turley). 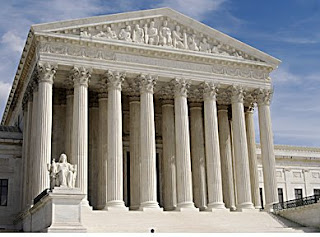 I certainly don't want to limit debate on the merits of Judge Sotomayor, or stop people from looking at her rulings and statements. But the current, low, level of discourse in these opening hours are enough to make me wonder: what does Person of Color (whatever you call them) and/or a Woman have to do to be considered 'qualified' around here?
Posted by Unknown at 1:56 PM 2 comments: 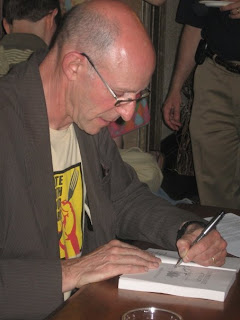 I had the good fortune to be part of an overstuffed house at the Pratt Library last week for a visit by writer Michael Pollan (+1 hour podcast of the program here). We somehow managed to put over 800 people into our Central Hall, and 'overflow' space Wheeler Auditorium, and *still* had people begging to get in (although, in all fairness to us, honestly: if you show up for a 7 pm program at 7:45 pm, do you really have a right to complain?)

The program was in support of Pollan's book, In Defense of Food, and co-sponsored by Baltimore Green Works. It came at the end of a period when, somewhat coincidentally, I'd just finished two other books about food, health, and its relationship to the envionment, global warming, and sustainablity: Mark Bittman's Pollan-influenced Food Matters, and Grub: Ideas for an Urban Organic Kitchen by Anna Lappe and Bryant Terry. All have me looking at food labels more closely -- most particularly ingredients lists, as Pollan suggests staying away from "so-called food" with unpronounceable ingredients. Eating more fruits and vegetables, and avoiding packaged products as much as possible, particularly those that contain more than five ingredients, or the notorious High Fuctose Corn Syrup are also some basic but important Pollan/Bittman/Lappe-Terry points.

But two things continue to nag at me about the crowd that came to the Pollan program last week: it was 99% white, and overwhelmingly middle class.

Food, nutrition, food safety, and health are serious issues in this country, and around the world, and poor nutrition disproportionately affects racial minorities and the poor. It is more than just the case that the poor and working class may not be able to afford higher priced 'organic' foods, or shop at stores like Whole Foods aka "Whole Paycheck".
(As an aside, as this article from the Washington Post points out, it's not just food, but just about everything is more expensive in poor areas) It can also be extremely difficult to eat healthily in poor and working class neighborhoods, where choices are limited and the only fresh vegetables around are green beans from KFC or a McDonald's salad. 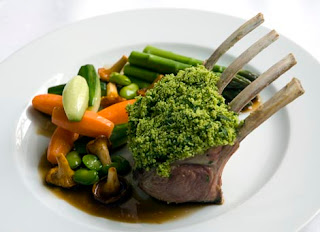 To my mind, one of the limitations of the current 'locavores' and 'slow food movement', as well as the commentaries by others concerned about these issues is that few of those who are a part of this conversation seem to have made any effort to connect with people below their own socio-economic level. Just like the economy, the health of the nation has to change at all levels, and from the bottom up seems to work better and more effectively than 'trickle down'. The fact that many also praise 'ethnic' foods from second and third world countries as being better and healthier for you, makes this lack of connection even more disturbing on two levels; a) If these traditional foods are healthier, then there's less need to connect with The Other on issues of nutrition 'cause they must already be eating well, right? and b)it sends the message, "You can cook for us, but we don't want to have to deal with you as a fellow human being."

PS: Those interested in eating Local Food should be aware that "local" is fast becoming a corporate buzz word . Another Pollan point: Be wary of the claims on packaging... 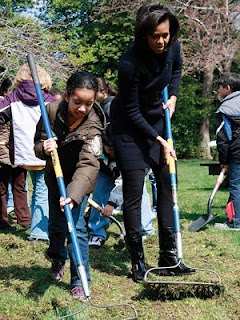 There's also -- and I know I'm being unfair -- an air of self-rightousness (a danger for all converts) that wafts off many of the people involved in this issue: WE're eating 'right' -- what's wrong with YOU that you're not? (Thi was noticeable to much of the library staff working on the night of Pollan's talk from numerous people they encountered in the crowd, and Mark Bittman particularly warns against it in his book). Health and nutrition are far too serious issues to for them to be left to only the 'birkenstock and granola' crowd. One hopes more leaders would see how nutrition and access to healthy food and clean water are 'civil rights issues.' Michael Pollan had very high praise for Michelle Obama and her organic garden at the White House (which was attacked by agribusiness), and hopes others across the country follow her lead in growing food at home.

I also hope others follow the example of MacArthur 'Genius award' winner Will Allen and his Growing Power organization , and help to reconnect those in inner cities with nature and the joy of growing your own. 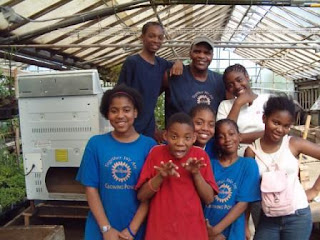 The best way to save the poor and working class is to help them save themselves.

It will be an irony, certainly, but a sweet one, if millions of African-Americans whose grandparents left the farms of the South for the factories of the North, only to see those factories close, should now find fulfillment in learning once again to live close to the soil and to the food it gives to all of us. -- from Allen's Good Food Manifesto for America.
Posted by Unknown at 3:50 PM 2 comments:

"An e-mail from Walt Whitman"

OpenBookTV
Posted by Unknown at 8:46 AM No comments:

In Memoriam: Bly's "For My Son Noah, Ten Years Old" 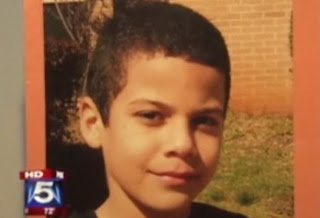 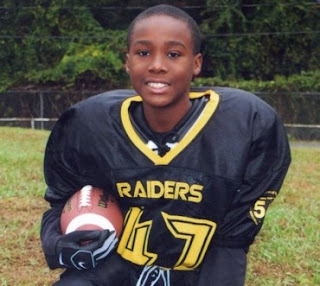 Posted, sans comment, in memory of Jaheem Herrera (above) and Carl Joseph Walker-Hoover (right), both aged 11, and both of whom committed suicide in April after months of harassment and anti-gay bullying. Both their schools also either ignored or moved with glacial slowness to act after being told about the bullying being done on school grounds. This poem may not 'fit' -- but then I'm not sure that anything possibly could.

My thoughts and prayers go out to the families of these young men.

For My Son Noah, Ten Years Old
By Robert Bly

Night and day arrive and day after day goes by,
and what is old remains old, and what is young remains
young and grows old,
and the lumber pile does not grow younger, nor the
weathered two-by-fours lose their darkness,
but the old tree goes on, the barn stands without help so
many years,
the advocate of darkness and night is not lost.

The horse swings around on one leg, steps, and turns,
the chicken flapping claws onto the roost, its wings whelping
and whalloping,
but what is primitive is not to be shot out into the night and
the dark.
And slowly the kind man comes closer, loses his rage, sits
down at table.

So I am proud only of those days that we pass in undivided
tenderness,
when you sit drawing, or making books, stapled, with
messages to the world...
or coloring a man with fire coming out of his hair.
Or we sit at a table, with small tea carefully poured;
so we pass our time together, calm and delighted.
Posted by Unknown at 7:29 PM No comments: