Many thanks to John for asking me to be part of this "tour," started by Rutgers-Newark Graduate School students Serena Lin and Safia Jama.

How this works: each invitee joins the virtual blog tour and addresses the issue of their Writing Process. We answer four questions, then select two further writers who blog (and who may or may not agree to continue the project!) exactly one week later. On with the Show...ur, Tour:

1) What are you working on?

Right now I am trying to go through a lot of the drafts, false starts, scribbled lines and triggering ideas that I have surrounding me at home. In other words I'm trying to Finish Things, which sometimes can be surprisingly difficult for me. My secret perfectionism kicks in I suppose and if it's not *exactly* right.....Anyway, I suspect I have enough already (half) written to make up at least one other book, if not two. And I want to go back to a project idea that I had a while ago, but dropped after I found myself talking ABOUT it more than I was actually DOING it, and my 'muses' stopped talking to me. I'm hearing their voices again (I hope that's what those voices are and it's not my medication wearing off!) I also have been thinking about working on fiction again, but I need 'space' for that, and we all know how space (even 'head space') is at a premium in The Big Apple.

Of course the problem (?) is that going through drafts, older versions of things, etc, often leads to completely new material, and I wind up with more than I had before when I was trying to winnow it down! Such is life....

2) How does your work differ from others' work in the same genre?

Well, I HOPE it's different - I'd hate to be a copy of someone else, but how or why eludes me. I think sometimes much of my work tends to be more straightforward (on the surface anyway), than some of my peers who I admire greatly. I'm hoping to speak to an audience that often thinks that they don't like poetry, or that it is not for or speaking to them. If I have in my head some idea of an 'ideal reader' (other than myself, and writing to make myself happy) that person I suppose would be it.

Also, too, just as Philip Levine has Detroit and had Cavafy (Ancient) Alexandria, Afaa Michael Weaver and I (and others) have Baltimore as our great haunting hometown subject, to which we come back to again and again.


I read something fantastic that I think more people should be aware of, and it becomes a review. I hear an evocative phrase or mash-up of language(s) and it becomes a poem. I see something that ignites something in me and it becomes a story. Interesting news items become Facebook posts or Tweets. Half-baked ruminations on events lead to blog posts...somehow it all seems 'of a piece' to me, regardless of genre. Its just that different forms fit what I'm trying to explore better than others.


4) How does your writing process work?

Ha -When it works!

I find it very difficult to do my initial writing or drafting at home. It's taken me a while since moving to New York to find a place to go to write (since I work at The Perfect Place for Poets every day), but fortunately I think I've found one (or two). No I won't tell you where they are.

Lately I've been looking  through those drafts and scraps with scribbled phrases and note on them, and find the ones that still have 'juice' or that I feel I can work on for that day. And I begin moving the words around on the page, adding, deleting, putting words back, until I get something that I'm satisfied with. For poetry and fiction, this is done long hand, pencil on paper. I usually write most of my reviews directly on the computer, and go back over it on screen.

After the draft (again thinking poetry) I'll enter it into the computer and later print it out. Probably more drafting, changing, what was I thinking?! will come out of that. Often I put things up on the wall of my bedroom so I can look at it (or not!) for a few days and fuss with it some more. Then I like to put it away, get it out of my sight, sometimes for as long as six months, and come back to the piece and see if there's still something there, or if I have some additional ideas for edits/changes that my subconscious has come up with over those months. There are a few things which have felt 'finished' to me that I skip the steeping time and send them out fairly soon. And I also occasionally send drafts to people whose work and judgement I admire and respect, and ask for feedback.

For the next two writers, I choose Samiya Bashir and January O'Neal - Tag they're "It"!

Samiya Bashir is a poet (Where the Apple Falls, 2005 and Gospel, 2009) and was editor of Best Black Women’s Erotica 2 (2003) and co-editor of Role Call: A Generational Anthology of Social and Political Black Literature and Art (2002).

January Gill O’Neil is the author of Underlife (2009), executive director of the Massachusetts Poetry Festival and teaches at Salem State University in Salem, Massachusetts.

One sure way to get people talking, or upset - or both - is to create a list.

Mused magazine closed out National Poetry Month with "10 Black Gay Poets Everyone Should Know." It's a wonderful list, filled with writers whose work I like, many of whom I know personally (and couple I also have low-level crushes on - LOL!:). It's also an interesting group of, for the most part, younger, up-and-coming writers. But I instantly thought  - how come no women? And then, of course, 10 MORE male poets not on the list came into my head....And what about non-US writers? Sadly, it's a never ending process!

In any event, to continue the conversation - and because nothing says you have to STOP reading poetry just because it's not Poetry Month anymore -  here are two dozen women and men ranging across time and the African Diaspora (not arranged in any special order) whose work you should explore. AND I encourage you to create your own lists of writers to read and books to delve into, and pass them along to family, friends (virtual and real), and others. 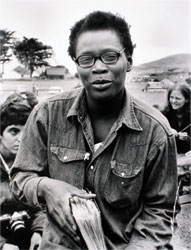 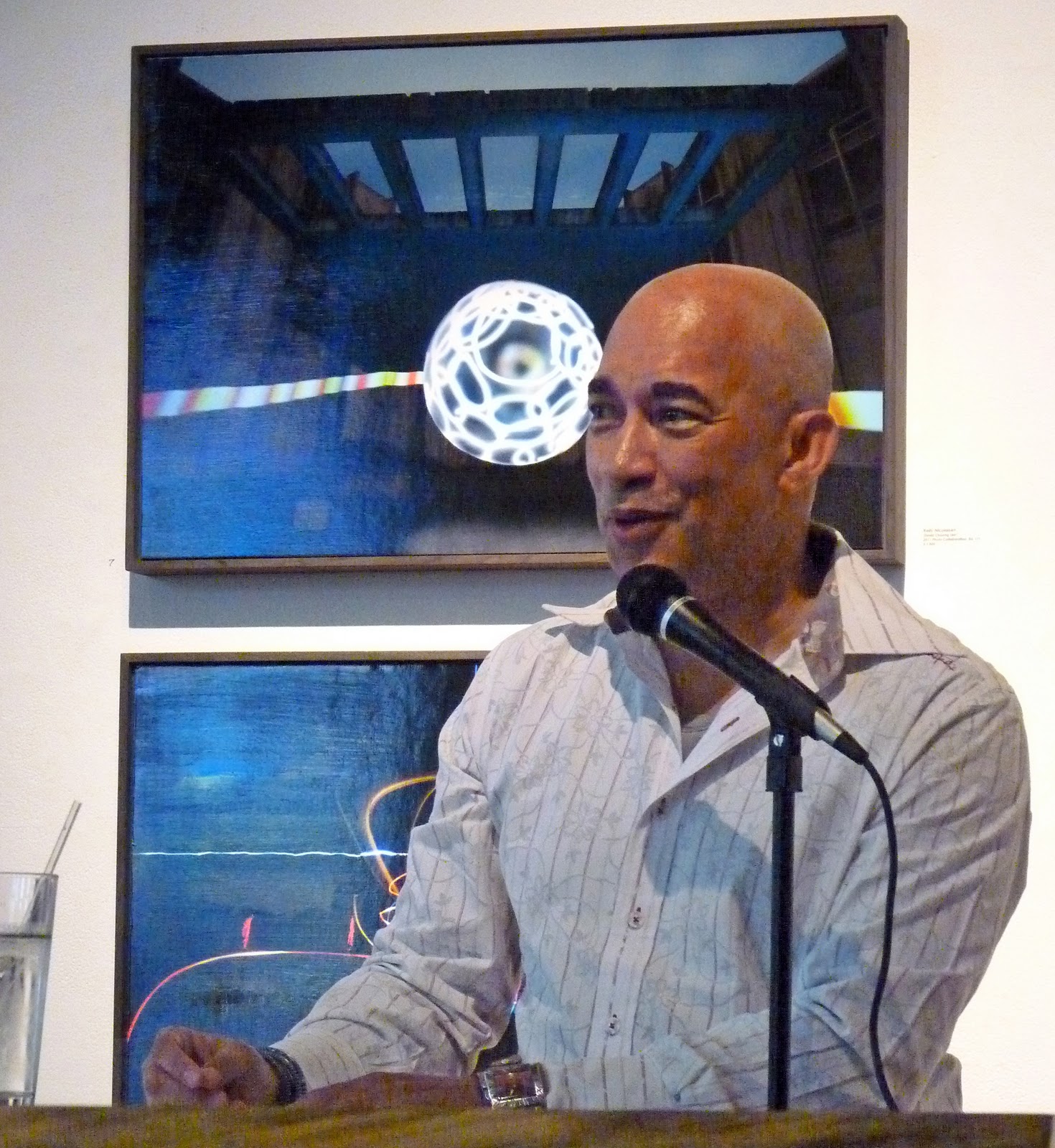 Essex Hemphill: On taking care of your blessings and 'American Wedding'

The great Black Gay poet Essex Hemphill (1957-1995) would sign his letters, "Take care of your blessings." When asked what he meant by that he replied:

"Some of us bake wonderfully, write, paint, do any number of things, have facilities with numbers that others don't have. Those are your blessings. Some of us are very strong and candid and some of us are nurturers or combinations of all of those things. Just be aware of what your particular things are and nurture them and use them toward a positive way of living. That's simply what I meant."

In honor of Essex (who would have turned 57 on April 16th), National Poetry Month, the progress of "Gay Marriage" across the US and around the world - and to celebrate Martin Duberman's glorious dual biography, Hold Tight Gently: Michael Callen, Essex Hemphill, and the Battlefield of AIDS here is one of Essex' poems. We miss you, baby!

In america,
I place my ring
on your cock
where it belongs.
No horsemen
bearing terror,
no soldiers of doom
will swoop in
and sweep us apart.
They’re too busy
looting the land
to watch us.
They don’t know
we need each other
critically.
They expect us to call in sick,
watch television all night,
die by our own hands.
They don’t know
we are becoming powerful.
Every time we kiss
we confirm the new world coming.


What the rose whispers
before blooming
I vow to you.
I give you my heart,
a safe house.
I give you promises other than
milk, honey, liberty.
I assume you will always
be a free man with a dream.
In america,
place your ring
on my cock
where it belongs.
Long may we live
to free this dream.

from Ceremonies: Prose and Poetry (Plume, 1992)