The most shocking thing to me about the recent death of boxing great Ken Norton, Sr, is that he was 70 years old - my father's age. How in the world is that possible? He seemed so much younger than Ali during their fight in 1973. And his style was certainly closer to those of us who were teens and pre-teens than that of our Dad's (Check the rings, fly collar and chains above - Pure '70s style!)

And of course there was his amazing body....Norton was "buff" before his time:)

As the (essential) website Shadow and Act reminds us, Norton's other claim to fame is his starring role in Mandingo, the (in)famous Southern slavery pot-boiler.

Author Kyle Onstott's Mandingo, its sequel Drum, and other novels were "Adult Books" in those days, titles which parents read but then hid from as being unsuitable for us kids. Filled with sex and violence and bruise-purple prose, we found them anyway, unable to resist finding out what was so bad about them (I'm not sure there are any fiction titles parents keep away from children now....). The films made from the books were equally lurid, over the top, trashy. Because it is a 'bad film', you're more than a little ashamed to admit being enthralled by it.....but, yeah, we loved them.

I still think James Mason's whacked-out performance as the shabby master of the even shabbier plantation "Falconhurst" one of his finest comic turns. For me, Mandingo totally ruined any notion of The Glorious Anti-Bellum South. For a lot of us, sitting in the theater, watching in astonishment, in some ways, the movie seemed  'true' - slavery was a horrific system run by people lying to themselves and deserved to be destroyed.

"The film tells the story of a depraved father and son team (James Mason and Perry King) who don’t raise crops, but instead breed slaves to sell to other plantations. The decrepit, rotten, festering plantation they live in mirrors their own rotting, festering depraved souls, which all slave owners had.

Throw in insanity, perversion and even incest and you have a very volatile mix. The film is the perverted, repulsive, and one can argue, more accurate, other side of the usual Hollywood portrayal of “genteel” plantation life in the South, such as  Gone with the Wind, Song of the South and Raintree County." (from Shadow and Act)


A poem, in honor of Kenny and Mandingo (You can hear me read this poem here at the From the Fishouse website) We love you

They want me for my body
and my name – the guy who
busted Ali’s jaw, in his first film! –
Just to sell some tickets. Just like
boxing, just as fixed.
I’m no actor, not the star.
They named the movie after
my guy, but didn’t give me much
to say.

The old slave fighters
visit me, Molineaux
and others, whisper
behind the arc lights Do us
right. This whole thing seems 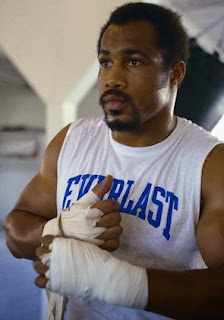 strange to them: the shackles
quick-release, masters’ whips
that crack an inch above our backs.

Molineaux: Tom Molineaux (1784-1818), a former slave given his freedom due to his boxing ability, he fought the British heavyweight champion in 1810 and 1811.