The Indiana University and Bloomington community is invited to attend a community vigil in honor of Assistant Professor of English Don Belton. The vigil will be held on Friday, Jan. 1 from 5:00-6:00 p.m. at the southeast corner of the courthouse square (the intersection of Walnut Street and Kirkwood Avenue).

And a website has been set up Justice for Don Belton.com

In honor of the late writer, editor and professor, my entry on him in that appears (in slightly different form) in Emmanuel S. Nelson's Encyclopedia of Contemporary LGBTQ Literature of the United States.

The major themes of the work of African American writer and editor Don Belton include the gulf between real and represented masculinity, the impossibility of living without love, and home and the quest for sanctuary. His friendships with black gay writers James Baldwin, Melvin Dixon, Randall Kenan, Essex Hemphill and the filmmaker Marlon Riggs influenced the exploration of the potential of a range of caring relationships between men in his writing.

Born in Philadelphia, Pennsylvania, Belton’s family valued stories, songs, and the art of conversation and encouraged him to express himself from an early age, supplying him with books, paper, art supplies, music and his own desk and chair. He graduated from Bennington College in1981, and received a MA from Hollins College in 1982. He met and was befriended by James Baldwin in New York while an undergraduate at Bennington, a further encouragement for him to write. 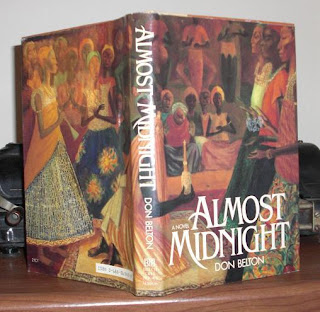 Belton published the novel Almost Midnight in 1986. Set in the Hill section of Newark, New Jersey, the novel details the conflicting attempts to determine the truth about a legendary light-skinned African American preacher, ‘Daddy’ Sam Poole by the various women in his life. Founder of the successful “Metaphysical Church of the Divine Investigation,” the mystery of Daddy Poole remains unanswered by the novels’ end, and the women cannot separate themselves from their memories of him.

Belton’s peripatetic teaching career has lead to extensive travel in the United States and abroad, including Ireland, France, Brazil, England, Italy and the Ivory Coast. The friendships he developed during this period with African American novelists Melvin Dixon and Randall Kenan, the filmmaker Marlon Riggs, and poet Essex Hemphill encouraged him to focus his work on black male relationships, leading to the anthology Speak My Name (1997). 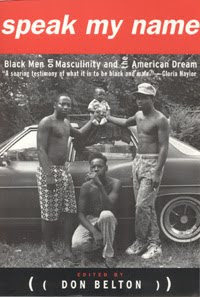 A reaction to a number of issues concerning African Americans in the 1990’s from the ‘cultural wars’ and the Million Man March of October 1996, to the violence and despair in US cities and the “New Male” movement led by Robert Bly and Sam Keen that held little interest in African-American male representation, Speak My Name feature a range of short fiction and essays which counter distorted images of African American men. Including work by established and emerging writers and scholars Amiri Baraka, Henry Louis Gates, Robin D. G. Kelley, Walter Mosley, John Edgar Wideman, August Wilson and others, the anthology explores unconventional, nonmainstream expressions of black masculinity. An interview/conversation between Belton, gay British filmmaker Isaac Julien, poet Essex Hemphill also critiques heterosexism and debates whether traditional visions of ‘black unity’ can include gay men.

A former reporter at Newsweek, Don Belton has also written articles for Black Film Review, the Philadelphia Inquirer, the Advocate and Utne Reader. His short stories have appeared in the Indiana Review, Black Literature Forum, Breaking Ice: An Anthology of Contemporary African American Short Fiction, and Calling the Wind: An Anthology of the Twentieth Century African-American Short Story. He has been a Fellow at the McDowell Colony and Yaddo. His awards include a Lila Wallace International Travel and Research Grant, a Bellagio/Rockefeller Foundation Fellowship, and a Dance Advance/Pew Charitable Trust Grant for Dramaturgy. Belton has taught literature and fiction writing at Macalester College, the University of Michigan, Ann Arbor, Bennington, Temple University and lectured widely abroad including in the Ivory Coast (sponsored by Arts America/United States Information Agency), at the Sorbonne, and at the University of São Paulo, Brazil. Currently at work on his second novel, Belton lives in Bloomington, Indiana, where he teaches in the Graduate Creative Writing Program at Indiana University. 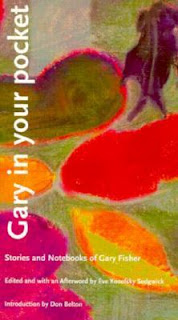 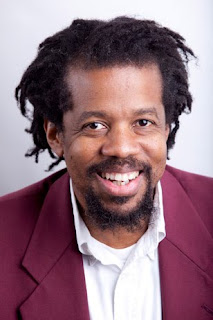