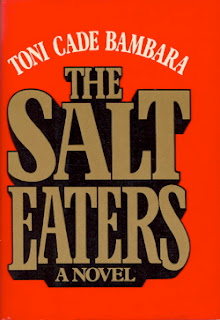 "...Old Jimmy Lyons, who used to tear up the Hammond organ over at Stompit had told him he was a four, and fours were builders, but lots of fours never got around to doing what they were put on earth to do cause they was so busy feeling boxed in by them four sides of their nature that they didn't have sense to look up and appreciate all that space they could build into. And Jimmy Lyons had told him another thing, that the Negro people were fours and so long as they paid more attention to folks trying to pen the in, hem them in, box them in on all four sides thinking they had them in prison than to the work at hand, why then they would never get a spare moment to look up at the sun and build. That Jimmy Lyons was one philosophizing fool..." 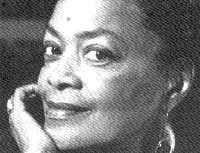 As can be seen by my waistline, I love food. I think those who can cook are artists, touched by the divine. This goes for both great home cooks as well as superstar chefs. I grew up watching Julia Child, Graham Kerr "The Galloping Gourmet," Martin Yan, Justin Wilson, and my favorite Saturdays are still those when I can curl up on the couch and watch the parade of cooking shows on PBS.

So it was a real problem, for a period of time in Baltimore, I lived in a 'Food Desert.' The quality of our local supermarket got progressively worse, and was eventually closed, meaning that those who lived in the neighborhood had to walk further or take public transportation in order to do their shopping. There was food around - at the corner stores, gas stations, fast food establishments, chicken shacks, Chinese carry out, pizza chains. And there was an amazing weekly Farmers Market...but for 'real' food during the week, not precooked or processed, and at a less than the sometimes expensive Farmer's Market price, you had to travel. We eventually got a new supermarket, practically around the corner from us. But the problem in some areas of the city remains, and was of such a concern that the library partnered with the Health Department to allow people to do their shopping on line and pick up their groceries at their local Pratt Branch.
A really fantastic partnership, and one that I hope gets replicated in many places across the country.

I still think about 'Food Deserts' now, even though surrounded in Brooklyn and Manhattan by fruit sellers on numerous corners, food trucks, pizza parlors, and bodegas. We would seem to be overwhelmed by abundance, and the range of the availability of some items is better, but there are still problems. Bodegas are monuments to packaged and processed food - or perhaps I should say 'food-like' items. And once again I find that the quality of meat and poultry at our closest supermarket leaves a lot to be desired (I'd say it ranges from adequate to poor), with better choices a few blocks further away.

How difficult is it for the average person to eat healthily and inexpensively when surrounded by aisles filled with empty calories and high fructose corn syrup? Or perhaps the better question might be 'Why is it so difficult?' But then, that's gets us into the realm of agribusiness, politics, money....I'm in danger of losing my appetite!

Here, from Michael Pollan, are some basic 'Food Rules' 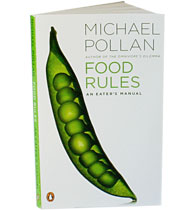 "Eat food, not too much, mostly plants."


Your time is limited, so don't waste it living someone else's life. Don't be trapped by dogma — which is living with the results of other people's thinking. Don't let the noise of others' opinions drown out your own inner voice. And most important, have the courage to follow your heart and intuition. They somehow already know what you truly want to become. Everything else is secondary. -Steve Jobs, Stanford Commencement speech, 2005 (full text and video here)

A very difficult week, filled with losses - and the lessons about how hard you have to push to change the world.

Fred Shuttlesworth
may not be a household name to most, but as one of the 'Big 3' of the Civil Rights Movement along with Martin Luther King and Ralph Abernathy, his influence looms large. He and King were, in a sense, the 'Good Cop/Bad Cop' of the movement, as author Diane McWhorter says, "Shuttlesworth was in the vanguard of direct action, pushing towards confrontation. King was the person who could really deal with white people and was more conciliatory. The two of them together formed a dialectic that drove the movement forward." Such death-defying defiance as his was desperately needed in the horrifying atmosphere of "Bombingham" Alabama in the early 1960s. 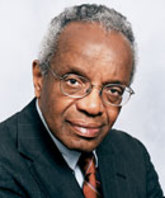 may also not be a familiar name, but as the first tenured African-American professor of Law at Harvard, and founder of Critical Race Theory, which explores how racism is embedded in laws and legal institutions, he and his legacy loom large (his Race, Racism and American Law is now a standard law school textbook). He may be even more well known for taking an unpaid leave of absence from Harvard in 1990, saying he would not return until the school appointed a female of color to its tenured faculty. I also remember him joining the contingent of Black Gay Men who participated in the Million Man March in 1995 as a 'straight ally.' Author of numerous books, he was also known for his use of stories to illuminate his legal and civil rights points, most particularly in his famous "The Space Traders" which imagines what might happen if aliens offered to solve all the US' problems in exchange for all the country's Black people. As poet, author, and Michigan State University law professor Brian Gilmore commented, "If James Baldwin had been a lawyer, he would have been Derrick Bell." 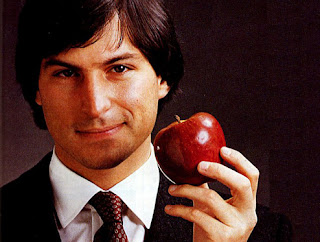 Much of the week, and the blogosphere, has been taken up with expressions of sadness regarding the death of Apple co-founder Steve Jobs -- and rightly so for a man whose products and influence seem ubiquitous in this digital age. His name appears on 317 patents, ranging from the Macintosh Operating System to computer mice, to the packaging Apple products come in and the adapters used to power them. Even those of us who don't use Macs owe Jobs a huge tip of the hat for Apple's work on the Graphical User Interface (and many of us have said for years that Microsoft has 'borrowed' Apple's ideas time and time again and applied them to Windows). And I'm sure I'm not the only PC person who would go into an Apple store and swoon at how *beautifully designed* their products are. Purely for making technology attractive and, well, sensuous (note how well the curve-edged iPod fits into the hand) Jobs deserves our unending gratitude. And I haven't even mentioned the animated pleasures of the films of Pixar studios, which he purchased in 1986...

One of the more interesting recent articles about Jobs, and one that in some ways ties each of these three extraordinary men together, is this one, In Praise of Bad Steve by D.B. Grady. As the author says, we want to remember people positively, as always being good, kind, generous...but sometimes in order to get things done right, you have to be a Bad Cop, and push people - into innovation in Jobs' case, into doing the right thing in the case of Shuttlesworth and Bell.Always dissatisfied, always pushing, always innovating, these giants changed our world, and I am greatful to all three. 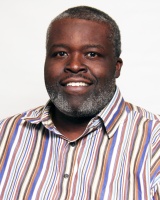 As I was writing this, news of another, perhaps more personal, loss came through as well: professor and fellow Cave Canem poet James Richardson. Sadly I didn't know him well (he was one of the many people who I have a mainly e-mail relationship), but will forever be moved by the generosity of offering his apartment to The Other Half and myself when he was teaching at Morehouse, despite not being familiar with us. This reinforces the messages I have been seeing from fellow poets about his 'beautiful soul,' in addition to his brilliance, and skills as a violinist - and salsa dancer. He will be missed.

Thanks to Brian Gilmore (again!) here is a Richardson poem that appeared in the Autumn 1999 issue of Callaloo.

ON SEEING YOUR PORTRAIT, PHILLIS WHEATLEY

cause in every portrait the very pores
of your wild-black skin scream, wracked with ennui,
trapped in Quaker grays that smother wooden floors.
how often do they pat your defiant hair?
and why are your eyeballs stretched puppy-wide?
your tall, tight collar thwarts sin (and air).
that's no small feat: you've so much black to hide.
i bet in your mind you laugh your thighs apart
on velvet-lush plains, your teeth to the sun.
all soaked in color, you sniff strange sweat and start:
too late. sun-pink flesh, rattling chains, a gun.
they ask: art thou joyful, freed christian lass?
you answer with sugar, with salt, with ground glass.