It's Cold Outside - Let's change things up

The Fox TV show Glee recently featured a male/male duet of the great 'winter' song, "Baby It's Cold Outside". Its amazing sometimes how the world rolls forward. If only it could always be like this, 'cute', gently, one song at a time. 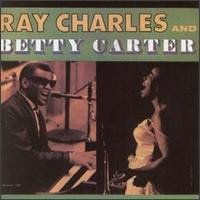 My all-time favorite version appears on the Ray Charles and Betty Carter album, which is not available on line (WELL worth getting, if you don't have it already. Their Ev'ry Time We Say Goodbye never ceases to give me the shakes). Here, however are some other versions on YouTube, showing a bit of the evolution of the song.


Betty Garret and Red Skelton (from the song's debut in the film Neptune's Daughter). This is already a bit of a variation as the song had previously been sung in the film by Ricardo Montalban to Esther Williams.


Louis Armstrong, fooling around with Velma Middleton (the poster mistakenly thought it was Ella Fitzgerald, hence the images)

The next best thing to Ray and Betty: Ray Charles and Dionne Warwick (it's the way Ray sings 'Roar' that gets me every time:)

From the UK: Tom Jones and Cerys Matthews (from Jools Hollands amazing show, Later, of course!)