The aspect of 'civilization' that is most hostile to festivity is not capitalism or industrialism - both of which are fairly recent innovations - but social hierarchy, which is far more ancient. When one class, or ethnic group or gender, rules over a population of subordinates, it comes to fear the empowering rituals of the subordinates as a threat to civil order...Ecstatic rituals still build group cohesion, but when they build it among subordinates - peasants, slaves, women, colonized people - the elite calls out the troops.

Barbara Ehrenreich -- Dancing in the Streets

I purposefully took a copy of writer Barbara Ehrenreich's new book, Dancing in the Streets, along when The Other Half and I went on a recent visit to Chicago, because I knew I would see its subject in action. In addition to catching up with friends and visiting a city we enjoy but had not visited in at least five years, the Other Half and I also went to attend the festivities surrounding the International Mr. Leather contest(Link NSFW) in general, and the Old School Dance hosted by the black leathermen’s group, Onyx, on Saturday night in particular.

Subtitled "A History of Collective Joy," Eherenreich’s book, looks at how Western cultures at first enjoyed large group celebrations, and their eventual suppression by forces both religious and economic. Although we see some outbursts of this kind of thing from time to time -- Carnival for example, especially in Brazil (and pre-Katrina New Orleans) and Junkanoo in The Bahamas -- it is a rare thing for those of us in the ‘civilized world’ to let our hair down and dance, frolic, play, with two or three hundred, or a thousand strangers, who by the force of the revels suddenly turn into our closest friends.

This Eherenreich feels is a shame, and possibly psychologically damaging. She notes the interesting correlation between the ‘birth of melancholy’ (what we now call depression) in Europe and the end of the feast days, saints days, and other group rituals brought on by various puritanical sects during the Reformation and afterwards. Now it seems that only at sporting events, football in the US, soccer (football) in the UK and elsewhere around the world, or large rock concerts, does that same level of group ecstasy reappear. And even in the world of sports, where collective actions both bad (‘Hooliganism’) and banal (remember The Wave?) have sprung up organically, with the rise in ticket prices and the continued rise in ticket prices ($25 - $65 for our woe-filled Orioles, unless you want to sit in the nosebleed section) and introduction pricey sky boxes geared more for corporate schmoozing than for watching a game, this outlet too appears to be endangered.

(Oddly enough, not long after coming back, I woke up to the sound of my partner watching clips of the tribute to Freddy Mercury on You-Tube. Watching a stadium filled with fans screaming and clapping in unison to “Find me somebody to love” – now that’s ecstasy.)

I’ve experienced such bursts of collective joy a number of times, and usually on a dance floor, surrounded by happy party goers, heartbeat taken over by the driving pulse of a wicked bass line. The only times I regularly see glimpses of Dr. King's 'Beloved Community' is on a dance floor.

Although Eherenrich makes only passing mention of it, gay men have developed a series of events of group ecstasy (in more ways than one), the much maligned Circuit Party. Although I’m not a White Party in Miami kind of guy, I have been to Montreal's amazing festival, DiversCite, where thousands of people gather around four stages erected in the streets at the edge of the city's "Gay Village" to dance and bounce to a range of musics.

While not an official ‘circuit party’ IML it does boast one of the grand dances of the year, the annual Onyx Men of Color Old School Dance Party on Saturday night. Dark, crowded, loud -- glorious -- it is always one of the highlights of the weekend, and M and I have a great time. Mid-way through the party we were surrounded by a room full of men (and some women) in various forms of (un) dress or costume/drag/fetish gear dancing, cheering, and pumping their fists in the air as the DJ spun a sampled Dr Martin Luther King Jrs. "I have a Dream" speech into a dance mix set to a throbbing house beat. ‘Free at last, free at last’ he said, as we chanted along, hands in the air, filled with what can only be woefully described as pure joy.

The weekend (and Ehrenreich) also reinforced something that appears in David Nimmons' The Soul Beneath the Skin: The Unseen Hearts and Habits of Gay Men -- how amazing it is for thousands of men to gather and there be no fights, no shootings, and no violence. With all the alcohol (and drugs) available and flowing, with all the pumped up gym boys (did someone say steroids...I mean ‘supplements?’) if this were a straight crowd there would have been some kind of shoving, pushing, punching going on (sorry hetero friends, but you know it’s true). Shade was thrown, not punches. All acts involving fists were consensual. An old joke but perhaps true: gay men it seems really would rather F*** than fight.

And this is something we do all the time: as we were dancing with the leather boys in Chicago, Washington DC hosted its annual black gay pride, and there was a similar event in San Juan that same weekend. No one seems to notice or even mention when thousands of (gay, bi, lesbian, and transgendered) people of color gather peacefully. A few (usually straight, I'm sorry to say) black knuckelheads run amok, however, and it's a national emergency.

Have we perhaps hit on something? An ‘escape valve’ for our selves and our culture? I’m not sure: the LGBTQ community has a lot of problems, and Nimmons himself admits to glossing over the problem of drug use in his discussion of The Circuit. However I noted with interest that the protesters surrounding the recent G8 Summit ended their work with a free outdoor rock concert and dancing. And this Saturday 7.07.07, the Live Earth concerts hope to raise awareness surrounding issues of global warming and the environment. I always did like the quote attributed to 19th and early 20th Century anarchist Emma Goldman, “If I can’t dance, I don’t want to join your revolution.” 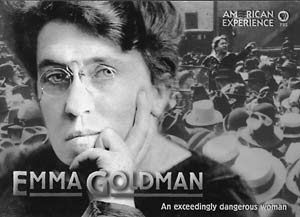 Posted by Unknown at 5:40 PM No comments: