Okay so I've been TERRIBLE about updating this, but (as if this is an excuse) a number of major changes have been happening with me.

The main one being this: After nearly 20 years at the Pratt Library, and even more than that in Baltimore, I am now in New York City, and working at Poets House. An amazing shift, but one that I think is just perfect for me right now. 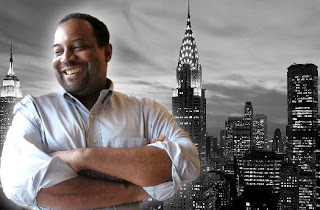 I will NOT however, betray my (woebegotten) Orioles by becoming a Yankees fan (I've always had a soft spot for the equally hard pressed Mets) or abandon the Ravens. One has to be True to Their Team no matter where they live after all!

****
Yesterday was National Coming Out Day, and sadly, this has been a terrible season for LGBTQ people - especially young people, with six suicides in the past five weeks (Aiyisha Hassan, 19; Raymond Chase, 19; Tyler Clementi, 18; Seth Walsh, 13; Asher Brown, 13; Billy (William) Lucas, 15) and one young man, Tyler Wilson (aged 11), whose arm was broken by bullies in school because he joined the cheerleading team.

And, most horrifically, there are the nine gang members, who have been arrested for the rape and torture of two 17 year old gang recruits and the 30 year old Salvadoran man they supposedly had sex with, coming less than a week after the leader of a Baltimore gang was given a life sentence for ordering the murder of a gang member suspected to be gay.

I honestly don't know what to say about the intra-gang violence, other than sadness to see that these alternate (and homosocial) families that young people have created are resorting to such violent policing of heterosexuality amongst their ranks.

As someone who suffered from depression for many years, and contemplated suicide more than once, however, I think I recognize a bit of what's going on with the recent rash of self-destructions.

I think many in the mental health field can report that there's an element of 'contagion' in suicide. Those who have contemplated it can, in a sense think, 'Well if they did it, I can do it too' when they hear news of others killing themselves. Hearing about someone else doing it makes it seem more of a valid option. And one thing those who may not have considered this must realize is that the person thinking those thoughts is in a great deal of pain, actual physical and emotional pain, and wants to end their lives to make the pain stop -- or to end the pain they think their existence is causing someone else.


Dan Savage created the "It Gets Better" video project, where gays speak to the younger versions of themselves, urging them to 'hang in there' through their teens because Life Gets Better.

Personally, I think that some things in life DO get better -- and others just change. "Bittersweet" seems the best word I can come up with to answer the question "What Is Grown-Up Life Like?"

And also you have to MAKE things better, following the suggestions created by the young people on their website, and not just (to take a phrase from an old Springsteen song that I used to repeatedly play for myself when I was in my teens) "Waste your summers praying in vain for a Savior to rise from these streets." As much as you can, take control of your own life.

It is also imperative that we as adults step in and stop bullying and harassment of young people (and other adults) for being 'different.' And be seen by younger people doing so as well. 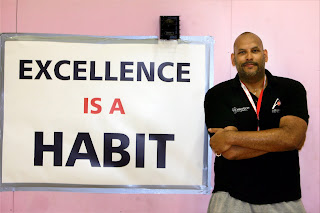 And I also want to echo the words of someone who I've grown to admire a great deal, former basketball player John Amaechi, who in his Coming Out Day message said, in part

...I believe you should know that in this climate, there is poison all around. People and institutions who would marginalize and abuse you for being who you are and as such, I would encourage you to come out judiciously. Know that coming out doesn't mean the whole world needs to be told at once - or ever - some people will never earn the right to know the whole you.

People do have to *earn* the right to get to know you and be your friends. Try to limit your time around negativity and negative people. Do what you can to retain and hold onto a positive outlook, but don't be blindly optimistic either -- can we say "Trust but Verify" perhaps?

Know that there are people out there that can help you, or that will be happy to just listen to you vent if you like. And there is a community of people out there(gay, straight, both and neither) who will be glad to welcome you.
Posted by Unknown at 1:36 PM

I hope all is well in NYC, Reggie. I'm glad you're posting again. Enjoy the Big City! Joe

Glad to see you posting again. Hope to hear more about the new ideas that come with a new location.

I recently blogged about what it's like to live fully as a lesbian, and not have to come out "judiciously" anymore. I feel helpless and enraged that this is still all we can offer to our younger selves. If being middle-aged has taught me anything, it is that "some freedom" is not enough; it's like walking only half-way home.

Nice to see you back up and blogging. New York seems to be agreeing with your creative juices and thanks for the post and the link to Ameachi. Good stuff. Nicole McF

'bout time you got back to it. good post, Reggie!