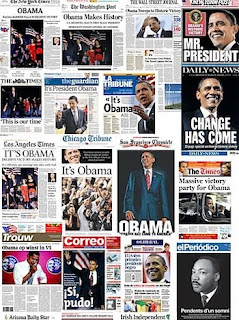 The New Era of Obama

We did something remarkable Tuesday, but our work isn't done. The challenges we're facing are great, and the obstacles to progress won't disappear overnight. We all have to remain active and engaged if we are to realize the promise of yesterday's election.

I believe that historians will look back on 2008 as the end of the Reagan conservative era and the start of a new period of progressive federal activism.

He has the chance to overturn Bush administration policies that compromised basic human rights. One of Obama's first actions should be to close the prison at Guantánamo Bay and either transfer its inmates to federal prisons or release them. Guantánamo is an international embarrassment and has become a symbol of America's violations of international law.

Obama also needs to immediately rescind Bush administration policies authorizing torture, permitting renditions that violate international law, and authorizing extrajudicial spying on Americans. From the moment of his inauguration, Obama must declare that the United States will comply with international law and follow its own Constitution.

-- Erwin Chemerinsky, Dean of the University of California Irvine School of Law

Yes, it's historic and incredible that a black man is president of the United States. But, dang it, it's just as important that a black woman is the first lady. Think about it. Jackie O! Lady Bird Johnson! And Michelle Obama in her Gap dresses! Please don't discount the cultural power of the first lady. I am very excited to see how Michelle Obama also revolutionizes the White House. 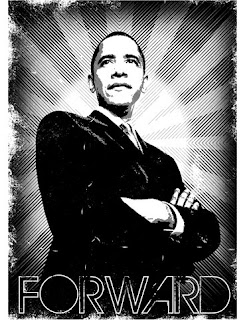