Art and 'Security' (or Bringing Home the Bacon) 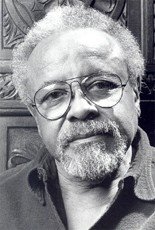 After the recent death of director and Yale Drama School Dean Lloyd Richards (...am I the only one who loved the coincidence that he shares a name with the playwright actor Hugh Marlowe plays in "All About Eve"?), poet Elizebeth Alexander shared this excerpt from from an interview filmmaker St. Clair Bourne did with him in 1999, for Bourne's documentary on Paul Robeson, 'Here I Stand':

"My biggest hurdle of course, was not the fact that there was no opportunities out there or very few -but what do we say to my mother, who really was looking forward to my being a doctor - and I had already reneged on that and was now going to be a lawyer. And she had adjusted to that and how would she adjust to the fact that I wasn't even going to be a lawyer. I was going to go into this no-named profession, where there was no possibility of acquiring anything, certainly stability, or security, and that's what I was going to college for, she thought - for security. And I had to take really stock in myself and ask myself that question…what is security, for me. Is security money in the bank? Is security having a home that one is paying on? Is having a bank account… Is that security? Or is security getting up in the morning, and not counting the hours? And I decided, that for me, security was that. Getting up in the morning and not counting the hours and in the theater, there's a place where I did not count the hours - where you simply do the work, and you live off the doing of your work. You're in it, trying to accomplish it. And so, just after, I encountered Paul [Robeson], who was a factor in that decision, I decided to commit to the theater."

I've been thinking about this recently, particulary since I too had parents who drilled into me the notion that one had to 'put food on the table.' I remember from a documentary on Andy Warhol, one of his assistants saying that he too kept talking about having to go out and 'make the bacon', which may have something to do with the celebrity portraits he did during the 1980s which often graced the cover of Interview magazine. Your parents or someone is always worrying that, if you're an artist of some type, you're going to wind up starving in a garret somewhere, or out on the street.

"Get a real job," is something one hears all the time -- and it could be part of the reason why I do in fact have a 'real job' only tangentially related to writing. As someone pointed out to me a number of years ago, I am often like the persona in John Ashbery's "The Instruction Manual", which begins:

As I sit looking out of a window of the building
I wish I did not have to write the instruction manual on the uses of a new
metal.
I look down into the street and see people, each walking with an inner peace,
And envy them--they are so far away from me!
Not one of them has to worry about getting out this manual on schedule.
And, as my way is, I begin to dream, resting my elbows on the desk and leaning
out of the window a little,
Of dim Guadalajara! City of rose-colored flowers!
City I wanted most to see, and did not see, in Mexico!


I love Richards' comment about REAL security, and that place where one does not count the hours. So beautiful about being in your creative space, and so true. I also recently read this, from Julia "The Artist's Way" Cameron:' 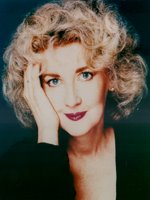 Dear X,
I recieved your disheartening letter conveying the fact that your family was urging you again to "be sensible." I have never understood what was "sensible" about trying to ignore the things you love. What is it about being a declared artist that people find so threatening? I don't know. In any case, I am sorry for the pressure you are under and suggest you repeat to yourself the following: "If I give in, I will only feel more pressured, not less."

Ours is a pedestrian culture. We have no place in it for the "calling" to make art....There is honor to following your vocation...Beyond honor, there is also the matter of success. I think of that as "filling the form," as in "If the shoe fits, wear it." In other words, if you are called to be an artist, you may just be supposed to be one. And who is to say you will not be an successful one, even in worldly terms....

I do not think, for myself, that the money can be the only measure of success, although in America we are certainly clued to think of it as the foremost. I think there is something to be said for feeling that we are in our proper role, that the shoe fits, as I said before, and taht we can walk in our shoes without them pinching. I am friends with a writer, an estimable writer, who for eleven years cleaned houses and washed dishes to support his writing habit. That's a lot of dishes and a lot of dusting. But it was also many years when he went to the page a happy man. I will tell you something else about this man. He is comfortable in his own skin. He seems to be aging well, with a sense that his life has been well spent. That happiness and sense of right action must count for something.
(Letters to a Young Artist: Building a Life in Art by Julia Cameron)

And this brought me back to one of the most moving letters I have ever read, one that I loved so much I used to carry a copy of it around with me in my wallet. It's by poet Hart Crane, to his father, who had recently offered him a 'good job' working for the family business. Here's an excerpt:

My dear Father:
...I don't want to use you as a makeshift when my principle ambition and life lies completly outside of business. I always have given the people I worked for my wages worth of service, but it would be a very different thing to come to one's father and simply feign an interest in fulfilling a confidence when one's mind and guts aren't driving in that direction at all. ...

You will perhaps be rightously a little bewildered at all these statements about my enthusiasm about my writing and my devotion to that career in life. It is true to date I have had very little to show as actual accomplishment in this field, but it is true on the other hand that I have had very very little time left over after the day's work to give to it nd I may have just as little time in the wide future to give to it, too. Be all that as it may, I have come to recognize that I am satisfied and spiritually healthy only when I am fulfilling myself in that direction. It is my natural one, and you will possibly admit that if it had been artificial or acquired, or a mere youthful whim it would have been cast off some time ago in favor of more profitable occupations from the standpoint of monetary returns. For I have been through some pretty trying situations, and, indeed, I am in just such a one again at the moment, with less than two dollars in my pocket and not definately located in any sort of a job.

However, I shall doubtless be able to turn my hand to something very humble and temporary as I have done before. I have many friends, some of whom will lend me small sums until I can repay them -- and some sort of job always turns up sooner or later. What pleases me is that so many distinguished people have liked my poems (seen in magazines and mss.) and feel that I am making a real contribution to American literature...If I am able to keep on my present development, strenuous as it is, you may live to see the name "Crane" stand for something where literature is talked about, not only in New York but in London and abroad.

You are a very busy man these days as I well appreciate from the details in your letter, and I have perhaps bored you with these explanatioins about myself, your sympathies engaged as they are...Nevertheless, as I've said before, I couldn't see any other way than to frankly tell you about myself and my interests so as not to leave any accidental afterthought in your mind that I had any "personal" reason for not working in the Crane Company. And in closing I would like to just ask you to think some time, -- try to imagine working for the pure love of simply making something beautiful, -- something that maybe can't be sold or used to help sell anything else, but that is simply a communication between man and man, a bond of understanding and human enlight[en]ment -- which is what a real work of art is. If you do that, then maybe you will see why I am not so foolish after all to have followed what seems sometimes only a faint star. I only ask to leave behind me something that the future may find valuable, and it takes a bit of sacrifice sometimes in order to give the thing that you know is in yourself and worth giving. I shall make every sacrifice toward this end. 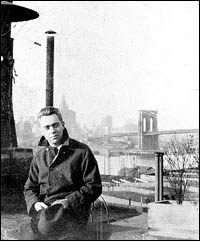