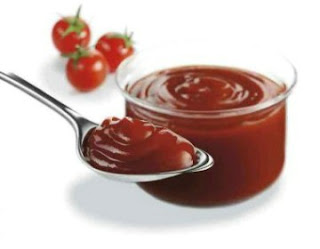 A long time away (problems on the home PC! I have NO IDEA what's going on in the world without my usual, semi-obsessive, nightly blogrolling!:) In any case, a couple of quick things I wanted to say....

Got caught in downtown Baltimore on the Sunday of our annual St Patrick's Day Parade. I usually miss this, the 2nd largest parade in the city, after the Preakness Parade, simply because I'm not particularly a fan of being in a crowd of people drunk on green beer (did enough of that in college, thank you very much....) However, as superpacked as it was, and as tied up traffic was, it wasn't too bad. Being Baltimore, it was probably one of the more 'multicultural' St Pats events. Family rumor has it that WE'RE part Irish, on my mother's side ( "Black Irish" ? AfroCelts?), but who knows...

One thing that struck me, however (more on the Friday before the St Pats weekend, when some co-workers and I just happened to stop into a downtown Irish Pub for lunch. Over the bar they have a sign saying "Help Wanted: Irish Need Not Apply" (click on the link to their website to see it). I was reminded that, a little over 100 years ago, discrimination against the Irish was almost as strong as it was against blacks, and their wave of Potato Famine-related immigration to this country was strongly condemmed. In the words of author Noel Ignatiev, the Irish "Became White", and now annually celebrate their heritage.

Hmmm.....Does this mean that, 100 years from now, folks will be wearing "Besa me soy mejicano/Kiss me I'm Mexican" t-shirts on Cinco de Mayo? 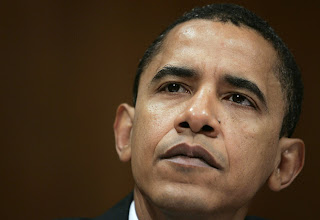 Like many, I was also thrilled and astonished by Barack Obama's "Race Speech". If you have not read it or seen him deliver it, PLEASE do so now. IMHO it is an 'instant classic' and one that (I hope) people will read and youngsters will recite portions of for years to come. He said many things a lot of us have always wanted to say, but could not completley articulate.

And as for Rev Wright: Many of my friends and family agree -- he said nothing that many of us have not either said, or heard people say in churches, living rooms, barbershops and beauty salons across black America. Only they have not been snipped and cut, YouTubed and replayed ad nauseam by the media, and used as a club to beat down an uncommonly decent man. As Mr Obama said: Not this time! A national conversation on race is long (LOOOOOOOOOOOOOOOOOONGGGG!) overdue. The problem is there are going to be a lot of truths told, and pain dug up that our fake-nostalgia loving but otherwise historically antithetic country would rather not deal with. But if not now, when? If not Obama, who?

Finally, as a follow up to a previous post: I saw this young man again recently, not writing, but sitting on the bus, listening to his I-Pod. However, just the other day I saw ANOTHER young black man, journaling away while in transit. He caught me looking and gave me a half smile and the 'Universal Black Man "Wazzup brotha" Head Nod' (patent pending). I did the same to him, and he went back to writing. TODAY I saw a woman pull out a spiral notebook and begin reading a section of a journal (her own? Someone else's?)