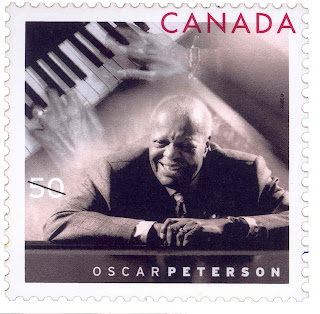 Sad to report the loss of the great jazz pianist Oscar Peterson on Christmas Eve. A National Hero in Canada (the only living person, other than Queen Elizabeth, to have a stamp issued in his honor back in 2005), his dazzling speed on the keyboards -- the man could sound like two pianists sometimes -- sometimes obscured his improvisational inventiveness, and his ability to swing/funkiness as well. A great loss.

(Personal aside: the first Peterson album I purchased was 1979's live "Digital at Montreaux" (pressed on red vinyl!) with Oscar and the similarly named bassist Niels-Henning Ørsted Pedersen. His whip-fast, finger breaking '(Back Home Again In) Indiana' knocked my teenaged butt on the floor....) 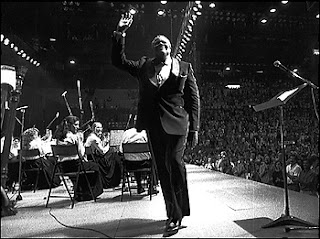 He was such a brilliant pianist but in such a quiet way that I fear there are many who don't even realize how much he'll be missed.

Peterson and Max Roach will indeed be missed.