You call yourself ...what? 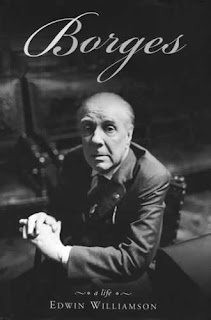 I think I have come not to a certain wisdom but perhaps to a certain sense. I think of myself as a writer. What does being a writer mean to me? It means simply being true to my imagination. When I write something, I think of it not as being factually true (mere fact is a web of circumstances and accidents), but as being true to something deeper. When I write a story, I write it because somehow I believe in it - not as one believe in mere history, but rather as one believes in a dream or in an idea.

Jorge Luis Borges, "A Poet's Creed" from This Craft of Verse.

I recently had the pleasure of teaching a workshop at Coppin State University, and one of the students in the class asked me a question. I answered it, but I’m not entirely sure I gave her quite the response she was looking for. The young lady’s question was:

“What makes you a poet?”

Now, this is what I think she meant (and the question I did not answer then): I think she meant, how come our teacher has brought YOU in here and said, “HE is a poet?” Is it because you have a book? Because you’ve been published in journals? By virtue of going to workshops? Winning awards and recognition from teachers and academics? How come you get to call yourself a poet?

I partially answered this question by saying I tend NOT to call myself a poet, although I do write poetry. If pressed, I call myself a writer, because I write in a number of genres, and also because ‘Poet’ does function for me as a kind of title, as something that one gets bestowed upon them (although I’m not entirely sure who would do this form of anointing or granting of knighthood/ ‘poet-hood’).

I suppose part of what separates the wheat from the chaff as it were is consistency, determination, stick-to-it-tive-ness, moxie, and doing the work, actually writing, and being serious about your work (if not necessarily about yourself) that allows you to self-declare. Having the work published in different venues, awards and accolades, mention by instructors may be considered the outward signs of that seriousness, the attention you pay to your craft, to the art. But I think all of us who write know of others whose work we admire who have difficulty getting published or the recognition they deserve. Yet we consider them fellow poets.

The answer I gave, which, as I said I’m not sure satisfied my young interlocutor, was that being a poet is as much a mindset as anything else. If prose writers love sentences, or the paragraph, poets love words. The texture of certain words, what happens when they are placed next to other words – even what happens if you reverse the order of how those words are placed together – these are the things that excite me into poetry. Since I do write in different forms, it a poem occurs as opposed to an idea for a story or article, depending on the aura of the event, image, or phrase that I encounter. Some images to me declare themselves immediately to be poems, others as stories, still others as something that demands further exploration and explication. And yes, there are others that could ignite the desire to use all these modes to explore them.

Poetry is something that happens internally, something that has occurred on a particular rung of the DNA ladder, that moves someone to cast specific words into lines across a page. Poetry is as much a way of seeing the world, a mindset that causes you to have certain visions of the universe and how to express those visions to others, as it is a matter of what someone calls you, how many awards you win, how many teachers bring you into their classrooms to stand in front of their students and declaim, and assist them in their own explorations. 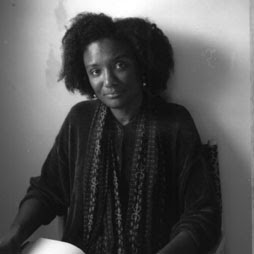 I ended by quoting something Harryette Mullen said when asked to define poetry (and reminded the students that she meant this in all its connotations): “Poetry is words playing with each other.”
Posted by Unknown at 10:21 AM